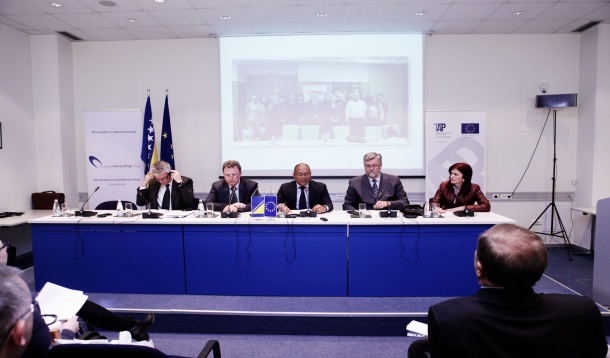 The EU funded project “Training in Administrative Procedures in Bosnia and Herzegovina” saw its closing conference on 30 March 2016 in Sarajevo. The project contributed to a reformed, efficient, transparent and service oriented public administration and aimed for organising systematic training programmes delivering good and efficient practices of public administration at all government levels.

“The European Union has developed high standards in the area of public administration and it therefore seeks the same from any country aspiring to become a member of the EU; that is to demonstrate that they have an administrative system capable of ensuring the implementation of EU rules and regulations”, stated Melvin Asin, Head of Cooperation at the EU Delegation to BiH.

He also indicated the key European principles of public administration that need to be adhered to. “These public administration related principles include the separation between politics and administration, the existence of a professional and impartial civil service, and an effective management of public funds“,  and concluded that “there is still a lot of work to be done in to reform public service in BiH and the EU stands ready to support BiH authorities in this process“.

The European Union funded the project from the Instrument for Pre-Accession Assistance (IPA 2012) in the amount of EUR 898.940. In the past 29 months, the project was implemented by the consortium led by the European Consulting Group from Belgrade (ECG) in association with Human Dynamics